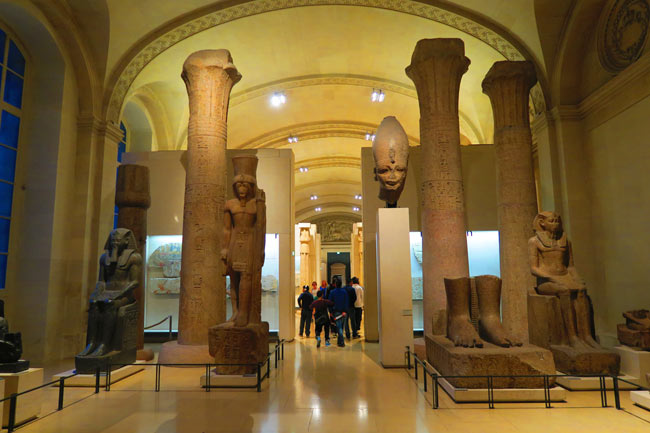 France has announced the reopening of its first topical space of three rooms of the Department of Egyptian Antiquities including the mastaba (i.e. tomb) of Akhetep and the restored statue of the dog of Asyut at the Louvre museum in Paris.

Reopening these sections comes after a major two-year renovation campaign, with enough for visitors to capitalize on now in rediscovering the new museography devoted to the life of the collections.

The director of the department of Egyptian antiquities at the Louvre, Vincent Rondot, described the exhibits noting their ancient status and the significance attached to them.

“This monument dates from the fifth dynasty and is from the same period, from the same state of civilization of Egypt’s former empire. It is what is called a “mastaba”, i.e. the tombs of very high state officials, members of the court, often of the king’s family” he said.

It is reported that each block of the mastaba was dismantled, cleaned, restored, photographed, and digitized in early 2019. With the recent renovation, visitors can now behold one of the most beautiful funerary monuments of the Old Kingdom as well as explore an exhibit known as the Nile and the Gods — with pieces restored to their respective monumental states. Officially, the Louvre reopened its doors on May 19 after more than six months of closure due to the unprecedented COVID-19 pandemic.