Home Innovation & Technology Tesla accounts for over 80% of electric vehicles sold in the U.S.... 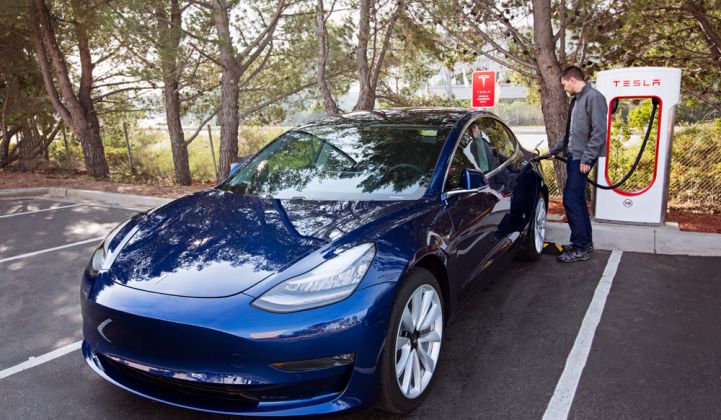 According to the data, 71,375 Teslas electric vehicle car models were sold. The company’s popular Tesla Model 3 was the highest-selling with 38,314 units.

The research indicates that ten popular electric vehicle models were sold with some from traditional car manufacturers. Germany based BMW had the least unit sales with 251 vehicles of the BMW i3 model.

The research also overviewed the most valuable carmakers by market capitalization as of August 19, 2020. From the data, Tesla leads with a market cap of $350.08 billion.

In the second place, there is Toyota with a market cap of $189.29. Elsewhere, America’s General Motors had the least market cap at $41.69 billion among the surveyed companies.

The research acknowledges the role of Tesla’s unique products towards the impressive market cap. According to the report:

“Notably, the Tesla car models have contributed to its high market capitalization compared to competitors. Tesla’s business model in recent years has been impressive to investors. The company has transformed from regularly missing delivery targets and production milestones to overdelivering on different fronts. The surge in the market capitalization comes at a time when Tesla reiterated pre-COVID guidance for half-million deliveries in 2020, despite factory shutdowns in both the U.S. and China.”

However, Tesla’s market dominance is being challenged by traditional manufacturers who are setting up electric vehicle branches.