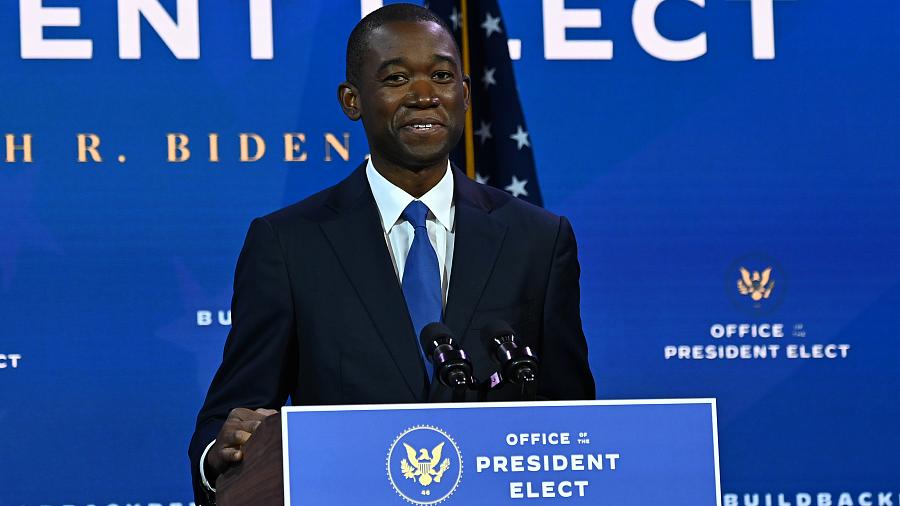 President-elect of the United States, Joe Biden, is assembling his team ahead of his inauguration on January 20, 2021

Among Biden’s group of top bureau picks and economic advisers are Nigerian-born Adewale Adeyemo, who served as a senior international financial adviser in the Barack Obama administration and has extensive experience working at the Treasury Department during the Obama administration

Adeyemo will be handed the role of Deputy Treasury Secretary. He would be the first black person to occupy the office.

Adeyemo was born in Nigeria in 1981. He, however, grew up in California. He migrated to the United States with his parents, as a baby.

His father was a teacher, and his mother was a nurse. Adeyemo and his younger brother and sister grew up sharing a room in a two-bedroom apartment.

Adeyemo was also Obama’s chief negotiator for the macroeconomic policy provisions of the Trans-Pacific Partnership and served advisories Chief of Staff of the Consumer Financial Protection Bureau.

After serving as Senior Adviser for two years at BlackRock, he joined the Obama Foundation in 2019 as its president.

Currently, he sits on the boards of the Golden State Opportunity Foundation and Aspen Strategy Group, among others.

He was an editor for the Hamilton Project at the Brookings Institution from 2008 to 2009.

Adeyemo is an alum of the University of California, Berkeley and Yale Law School.

At Yale, he was the co-director, project on law and education.