Home African History eSwatini: The Treasure of Monarchy in Africa 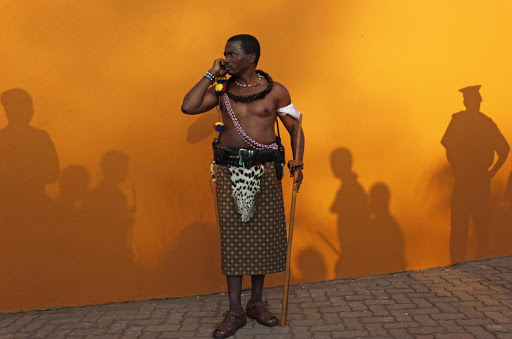 In the nineteenth century, the Swazis fled their indigenous home to settle in the Pongola valley in KwaZulu Natal due to territorial unrest. However, they were soon forced out by the Ndwandwe attack, and they moved to the Ezulwini Valley, which is known as Swaziland today.

At the time, the people were ruled by Sobhuza I of the Dlamini, son of Ngwane III, whom the Swazis believe to be their first king.

The people of Swaziland, now eSwatini, originated from Mozambique. History has it that, their ancestors, the Nguni probably moved there before the sixteenth century as part of the Bantu migration.

During the Mfecane, a period between 1815 and about 1840 when there were widespread chaos and warfare among indigenous ethnic communities in southern Africa, Sobhuza managed to secure his people, avoiding the worst hit of the Mfecane.

Sobhuza was known as a wise and powerful king, who furthered the Zulu attacks through diplomacy to protect the land for his people. As a result, the Swazis drove away most of the Sotho groups in the area, and Sobhuza ensured that the Swazi nation grew while other surrounding groups disintegrated.

The 1800 era saw the migration of European settlers, traders, missionaries and hunters into the Kingdom to make Swaziland their home. However, before the end of the 1800 era, in the year 1877 precisely, the British annexed the Kingdom. In 1894 Swaziland became a protectorate of the Transvaal Colony, which was under British control following the Second Anglo Boer War. This arrangement continued until 1906 when the Kingdom became a High Commission Territory under the rulership of a British Commissioner.

Swaziland was under the British control for many years, but it was peaceful rulership, by 1963 limited self-government was allowed in the Kingdom.

Swaziland gained independence on 6 September 1968 and was a member of the Commonwealth of Nations. The then King, Sobhuza II, became the Head of State. The country was administered by a Cabinet and Prime Minister selected by Parliament.

The new constitution made the King the absolute ruler of the Kingdom, so King Sobhuza II stayed in power until he died in 1982. The King was succeeded by his son, Prince Makhosetive Dlamini whom he had with one of his wives, Queen Ntombi Twala. The young Prince was 18 when he was crowned King amongst his father’s 60 sons, making him the youngest world leader at that time in 1986. The young Prince was crowned as King Mswati III and was quick to consolidate his power despite his youth. He ruled the Kingdom with a small group of advisors called the Council of Ministers having dissolved the Liqoqo, the King’s traditional advisory board, within a month of his coronation.

He also appointed a new prime minister and reshuffled the cabinet, giving two of his brothers’ essential portfolios. His actions and decisions were regarded as threats, and adverse reactions began to awake in the Kingdom.

In the early 1990s, the Kingdom faced turmoil. It was struck with severe drought and was at the verge of famine which lingered for a while. Also, the King was under pressure following enormous civil action in favour of democracy, requiring the King to change the structure of his state. This led to the first Parliamentary elections in the Kingdom in 1993. However, opposition parties were found illegal, and a series of riot began among citizen. In 1995, the uprising led to the burning down of the National Assembly, which was home to the Prime Minister and Vice-Chancellor of the University of Swaziland.

Towards the end of 1997, the King’s powers were slightly reduced, and talks were held with the Heads of State of Mozambique and South Africa to formulate a plan to move the Kingdom towards democracy. Elections were held in 1998, but the King still held most of the power.

In early 2000, the King tried to appease the increasing request call for democratic reform, so he went on to form a committee to draft a new constitution. The draft was released in 2003, allowing the King to retain absolute governing powers and opposition parties were still banned. The selection was widely criticized for its lack of democratic reforms, and unions began organizing strikes and bans on imported goods. In 2005, he signed a revised version that went into effect the next year. However, the revised version neither banned political parties nor acknowledged their existence.

Over the years, pressure from opposition groups for the limitation of the King’s powers, and an institution of democratic government has increased. Yet the King has been refusing to change the system of rule.

The King’s refusal for a democratic government makes eSwatini one of the monarchical states in Africa till date.