Home The Afripreneur The Celebrity Pig Farmer in South Africa 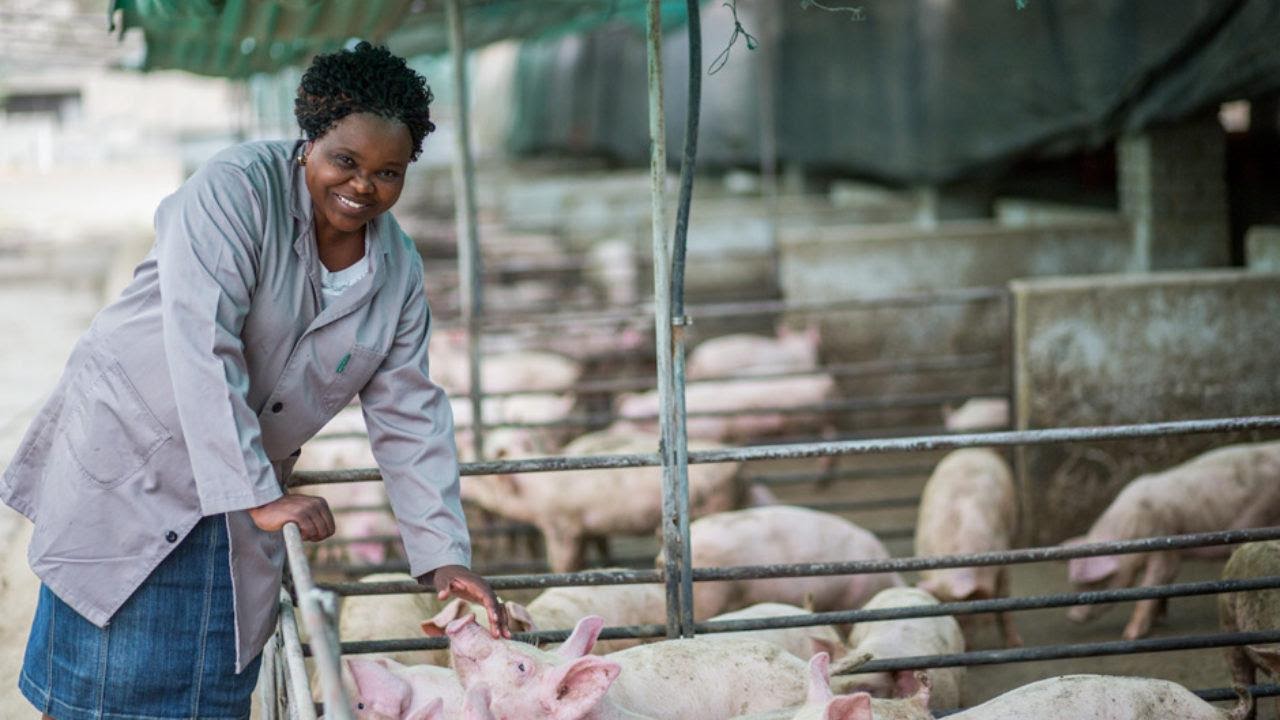 One thing about successful business people is that we only see their victories; we don’t see their struggles. We see the green on the other side, but believe me, someone does the weeding.

Anna Phosa was born in the rural village of Boukenhouthoek, a small village situated in the Mpumalanga province of South Africa.

Phosa’s father died a few years earlier, and the responsibility of bringing her and her siblings up lay solely with their mother.

With a very merger source of income, Raising Anna and her siblings was a huge responsibility for their mother.

Anna’s dream was to become a nurse, but her family financial situation could not let her achieve that. She dropped out of school and searched for a job to support her family. Having later got married, Phosa joined her husband’s business selling hard wares.

Her ambitious nature, coupled with the need to increase the family’s income made Phosa and her husband decide to go into farming.

In 2003, Phosa and her husband bought a small piece of land and started growing cabbage, spinach, beetroot and green peppers as well as rearing chickens.

They aimed to grow these crop and animal on their farm and sell them to hawkers at maturity.

Wanting to learn the best tricks in the business of farming and rearing chickens, Phosa began to network with other farmers who had been in the business before her and try to learn what they know.

In was in the process of networking that Anna came across someone who would change her life forever.

At a certain farmers networking meeting, she met Mr Mohlabi, a pig farmer. After long discussions on pig farming, Anna picked up interest and decided to have her pig farm.

With a capital of $100 in 2004, she bought four piglets from Mr Mohlabi with which she started her pig farm.

Combining her husband’s business with farming and pig rearing wasn’t an easy one, but Anna was determined to make it.

She acknowledged the fact that she had very little knowledge about pig farming and decided to learn more. Anna started reading books on pig framing and networked with other farmers through the help of the provincial department of agriculture.

She was determined to succeed in this new business of hers.

Later that same year, Anna bought a boar for $70, and by the next year, the number of her pigs had increased significantly.

Anna began supplying meat to the market. The demands became so much that she had to leave her husband business and concentrate full time on pig farming.

In 2005, Anna approached Vereeniging Meat Packers, discussing term with them. She began supplying meat to the company.

Anna’s reputation in the pork business grew so that in 2008, retail giant pick n’ pay contracted her to supply ten pigs to its stores every week.

Satisfied with her mode of delivery and business ethics, the company increased the demand to 20 pigs every week.

And by 2010, Anna signed another contract worth $2.5 million with pick n’ pay to supply 100 pigs every week to all its retail stores in South Africa.

With a contract in hand, Anna applied and received loans from banks and USAID to buy 350-hectare farmland.

From just four pigs, her new farm with staff strength of 20, now holds nearly 4,000 pigs at a time and supplies roughly 100 to 120 pigs a week to retailers in South Africa.

Anna, who is currently partnering with the Danish embassy- Denmark has great expertise in pig farming and processing- in South Africa says her immediate plan is to expand across South Africa into neighbouring countries.

You can make it only if you try.