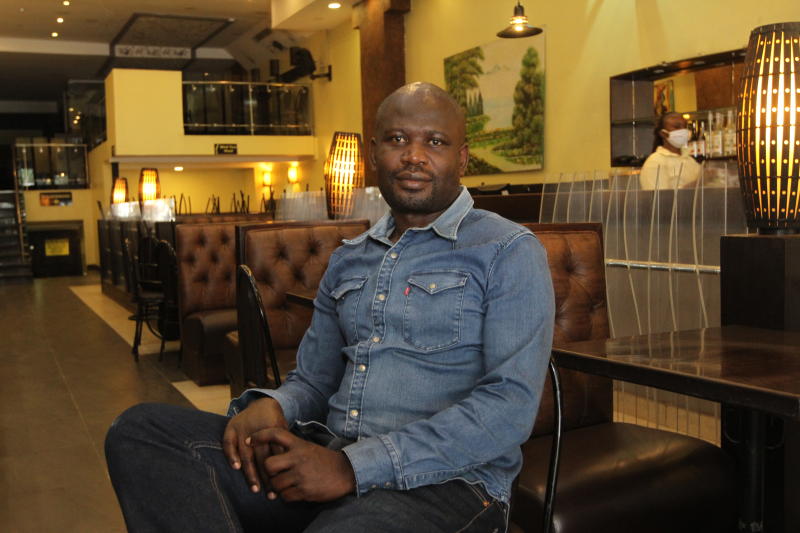 Obado Obadoh, MD and founder of Nanjala Ltd, the parent company of Café Deli, says this fusion sets the restaurant apart from its competitors. Café Deli is a mix of African cuisine restaurant and a coffee house. “A continental fusion,” as Obadoh describes it. The business includes three restaurants situated throughout Nairobi but Obadoh and his team are planning a significant expansion drive within the next five years, aiming to open another 20 outlets.

Obadoh trained as a professional pastry chef at Fairmont the Norfolk hotel in Nairobi and realised there was a gap in the market between affluent people who spent money on five-star meals and those who bought their food from small kiosks. “Since I was working at a five-star hotel, I knew I could offer a five-star product at a much better price. I wanted to bring that standard into the business: a quality product with proper service at affordable prices,” he says.

His mom’s cooking pushed Obadoh into the world of cuisine. “I loved cooking and admired my mom’s food since I was a young boy.” The freedom of creativity and innovation in pastry drew him to baking.

This led to a cake shop venture in 2004 with a group of investors but Obadoh sold his shares in the business because of a difference of opinion on the vision for the company. Nanjala Ltd was the result of this split: a kitchen selling baked goods to restaurants.

Every successful business has a fork-in-the-road moment when the owners have to decide whether to take on more risk in pursuit of reward or play it safe and face stagnation. It was the sale of another business that would set Nanjala and Café Deli on its current trajectory. “In 2011, one of my biggest customers wanted to sell their business which was the birth of Café Deli,” Obadoh reveals. “I realised if I lost that client, my business would be hit hard. So, I negotiated and bought the restaurant.”

When he purchased the restaurant with the help of private equity investors, the repayments were “huge” and required his new business to clear a turnover of more than two million Kenyan shillings ($18,450 at today’s exchange rate) to cover his debt instalments. He remembers the first million in revenue as a major milestone. Other milestones for Café Deli include the opening of its second and later its third restaurant.

In obtaining initial funding, it was the banks that turned him away before he found a private equity investor. “One of the most important things I learnt during this time was to believe in the vision I had for my company.” Enough to persuade his investors to fund the business.

It’s essential to have an understanding of the minutiae in the projections, numbers, the customer and product, he stresses. “Every fund manager wants to know if you understand your niche market and most fund managers won’t so much as blink if your books aren’t in order. Investors make decisions based on numbers and if these don’t add up, they won’t even talk to you.”

He admits it took a while to learn and understand how to present his company’s financials in such a way investors would take note. “To speak a language they understand,” in his words. “Negotiations have been tricky for me,” he notes and adds one of the key lessons in the 16 years of running Nanjala has been to negotiate correctly for the betterment of the business.

Getting employers to share in his vision has also taken time to get right. “I had to get my employees to appreciate my work ethic and understand where I wanted to take the business.” When, eventually, there was a sense of shared culture and responsibility, the next challenge was retaining his staff. “Usually, when staff reach a certain level of training, they are poached by other companies and we have to start the process all over again,” he explains. The company has addressed this by creating a culture in which the employees take shared responsibility and reward for the driving of the business.

A change in consumer culture has served the company well. “What has changed is the sophistication of the clients’ palates,” says Obadoh. Back in 2004, coffee drinking hadn’t yet become the social pastime it is today, with most Kenyans preferring tea. “These days, the middle class prefers coffee to tea.”

International competitors have also taken note and entered the Kenyan market but local brands like Café Deli distinguish themselves from these companies by catering to niche markets. “Being a fusion of continental and African cuisine gives us an advantage.”

“Do what you do best,” advises Obadoh. “Don’t go into business because you witnessed someone else’s success in that sector,” he warns. “Being a chef has always been an advantage in my industry. When I walk into a restaurant and a client is complaining, it’s very easy for me to recognise where the problem lies.”

One of the biggest opportunities in Kenya’s hospitality sector currently exists in the restaurant supply chain industry. “The supply chain of raw materials is underdeveloped which means every international and local brand struggles to source the products we need,” says Obadoh. For example, a burger in Nairobi costs about $9 compared to a burger in the US at $3, all because of the supply chain”, he explains. “Consistently obtaining quality products is impossible.”

Nanjala also includes a catering arm which has seen renewed focus from Obadoh. “We are currently busy with a big expansion because right now the market is there,” he says. “We are shipping in equipment and going into catering again, big time.”

It is impossible to talk about the restaurant industry and not mention the impact of Covid-19. “It has taught us several lessons. If we had put more effort into our online business, we would have been able to operate throughout the lockdown. We have been playing catchup but we’re continuing to introduce new measures to manage potential shocks in future,” he explains.

The company is in talks with private equity investors to continue on its growth path, which will be put into motion in the first quarter of next year when the dust from the pandemic has settled.

Patience is key in business; not only in the daily operations but also in allowing the company to fully mature before pulling the plug. “Most people lack this patience. Several of my friends closed businesses just as they were about to take off.”

Obadoh acknowledges he made mistakes in the past but views them as a natural and inevitable progression. “You can pay a lot of money to learn at Harvard Business School, or spend money on a business and learn by doing. I’ve spent money educating myself through experience. If I had to start Nanjala from scratch, it would not take me 16 years to build the business into what it is today.” How long? “Maybe a few months,” he says.

How we made it Africa