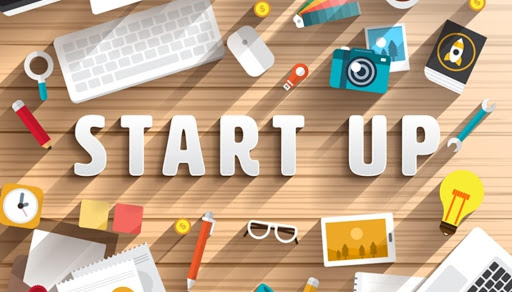 For some African startups, the impact of COVID-19 led to pay cuts, layoffs, and furloughs. However, African businesses are not the only business involved with such operations. For example, the new generation mega billion-dollar startups; Silicon Valley, and three marquee San Francisco tech companies namely; Uber, Airbnb, and Lyft, have, in the last few days, cut thousands of jobs, in effort to survive the onslaught of the pandemic.

Initially, there was a circulated idea that the tech industry will be in a better position to withstand the economic downturn fuelled by the ongoing global pandemic. However, following the news of salary cuts, layoffs and furloughs in the last few weeks, this has proven that even the biggest tech companies are as vulnerable as businesses in other sectors.

In Africa, the impact of the pandemic seems to have eaten deep into the financial stance of some startups. Including the tech industry, and a few have responded in a ‘not-too-cool’ manner.

In March, Renmoney cut over 300 employees loose, after an email from the company’s CEO, Kieran Donnelly, was released stating that the mass layoffs are “a strategic change in how we conduct our business”.

The category of staff affected was direct sales agents whose jobs involved working on the field to make sales.

In South Africa, Yoco, the country’s most recognized fintech startups, announced its decision to downsize in an attempt to survive the financial crunch caused by the pandemic.

The startup soon issued a statement declaring that it is reducing its team size and further went on to salary reduction after confirming to a media agency that the entire leadership team agreed to the decision.

Again in Nigeria, one of the first indigenous movie streaming platforms in Africa, iROKOtv, announced that, as from May 2020, 28 percent of its employees would be put on an indefinite unpaid leave of absence — a furlough, in other words.

In a blog post published by the company’s founder and CEO, Jason Njoku, it was revealed that iROKOtv would also be slashing salaries. The pay cut would affect 16 percent of the company’s staff. iROKOtv has offices in Lagos, London, and New York.

Interestingly, as per Njoku’s comments, iROKOtv was actually flying high during the early stages of the lockdown. But things changed before long.

The CEO said the tough call was made with survival in mind in light of new realities that have hit home since the pandemic bomb exploded, coupled with the “naira devaluation” born from the economic crisis in Nigeria connected to the plunge in oil prices.

After laying off over 400 developers in September 2019 due to placement struggles and issuing a voluntary exit offer to unplaced developers in February 2020, Andela announced last week that it was letting go of 135 employees across four locations — Nigeria, Kenya, Uganda, and the United States.

Andela CEO, Jeremy Johnson, described the move as a tough but necessary call for the survival of the software engineering talent outsourcing company.

According to him, Andela’s clients had been hit by the economic uncertainties triggered by the pandemic, and attrition is almost inevitable. Hence, the need to cut costs since growth is now in jeopardy.

Andela has since given further updates on its plans for the future, hinting at going remote fully and opening up placement opportunities to non-employees.

According to news sources, although pandemic has caused the startup a great deal; however, “Okada ban” in Lagos, Nigeria, is also a major factor to the layoffs decision.

The company, however, maintains that some of the ORide employees were not cut loose and were absorbed into other business units of the company — especially since the bike-hailing unit is being converted into a two-wheeler logistics business called OExpress and new business units have since been launched.

OPay also admitted to adjusting the number of employees on its books and their paychecks due to the pandemic.

“OPay had to exercise reasonable wage reduction, layoffs, and other cost control measures (like many other companies). We adopted this early, which enabled us to grow gross margin even during the pandemic and lockdown,” a representative of OPay told WeeTracker.

In early April, the Founder and Chief Innovation Officer of TechAdvance, Edmund Olotu, announced his company would have to downsize. He claimed that the decision to let go of some members of staff is tied to the startup’s survival through uncertainties of the times.

TechAdvance, a Lagos-based payment application development company, in the previous year had raised USD 1 Mn in the second half of 2019.