Home The Afripreneur On the Frontline for Maternal and Neonatal Safety 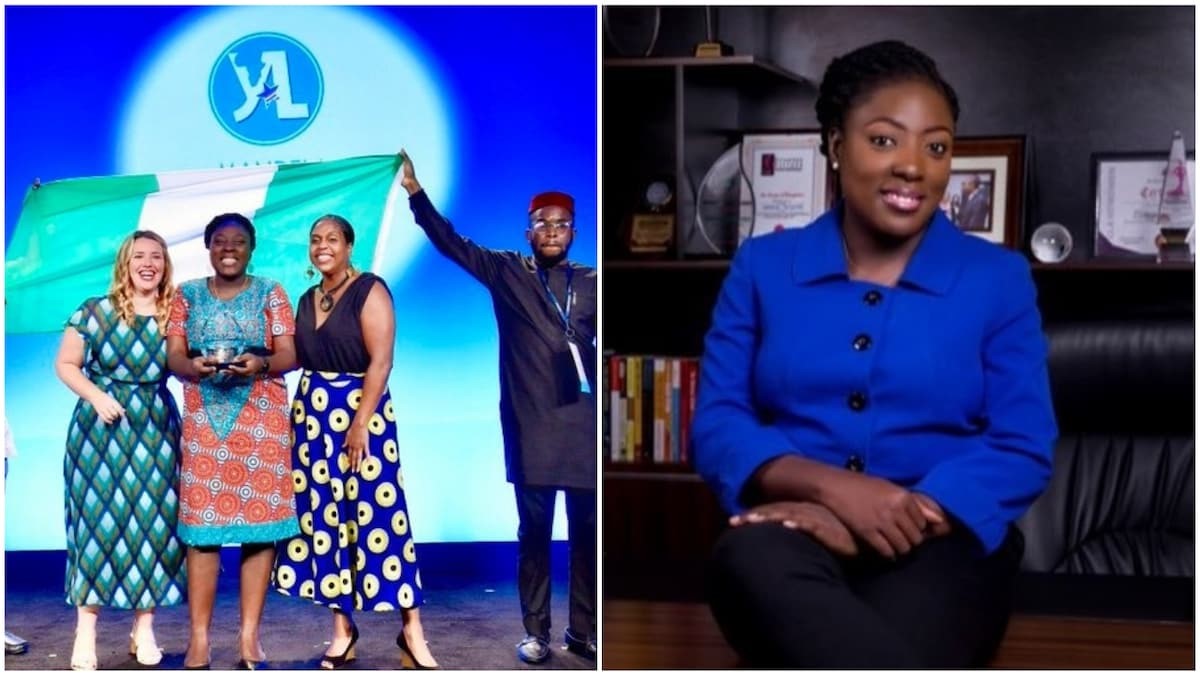 The sustainable development goals 3, prioritizes neonatal and maternal health which gives volume to the fact that the lives of women and infants are valuable. On this account, a woman in West Africa chose to sacrifice her time and energy for the safety of mothers and infants at childbirth.

It all began in 2011 when Adepeju Jaiyeoba lost a close friend who bled to death during childbirth. It was a very disheartening situation, but amidst the predicament, all that filled her mind were thoughts of the underprivileged and vulnerable women in local areas. Adepeju wondered that if her friend, who was educated and financially stable could lose her life and that of her unborn child, then what about the women in rural areas, where there are no better facilities.

On top of that, she discovered that every day 145 women die during childbirth and 2,300 children die before reaching the age of five in Nigeria. This information inspired strength and purpose in this young African woman who began thinking of a way to help solve the issue of neonatal and maternal mortality in her country, Nigeria.

After so many thoughts, Adepeju quit her well-paying job as a lawyer to train traditional birth attendants across Nigeria on how to deliver babies. When she made this decision, her family and friends kicked against it, but the death of her friend in childbirth made her desperate for a change.

Adepeju developed a cut-price bag of essential sterile medical kit which she put on sale at a very low price of about $4; the medical kit was sold across rural Nigeria saving thousands of lives. The kit contains items such as disinfectant, sterile gloves, a scalpel to cut the umbilical cord, a mat to lie on during labour and tablets to reduce bleeding after birth.

But that was still not enough; she decided to find out for herself how these local women in rural areas were giving birth. So, together with her brother, who is a doctor, they embarked on field research that soon navigated Adepeju’s vision into a wider scope.

Having embarked on her research, what she discovered was alarming and very disturbing. She saw women giving birth on bare floors, nurses using their mouth to suck out the mucus of newborns to prevent asphyxia, birth attendants cutting umbilical cords with rusty blades and glass, exposing newborns to neonatal tetanus – and many of them dying as a result of these faulty delivery processes.

But what could they have done better since they found themselves in an impoverish situation? However, for Adepeju, this was a call to action because she believes that no woman deserves to die in the process of giving life.

According to the Foundation, with the training and delivery kit, traditional attendants have been able to manage childbirth situations which have helped to reduce deaths by bleeding after birth by a quarter in those areas.

Adepeju’s labour of love has not been without barriers and resistance, given the religious and conservative nature of many rural communities in the country. She often has to seek approval from male members of the communities before she is allowed to reach out to the women. Most times, she also has to seek approval from different agencies and government institutions who also seek to stake ownership of the work.

Still, Adepeju has managed to pull through all these challenges, and many lives of many women and infants have been saved.

The former president of the United States, Barack Obama in his address to the Young African Leaders Presidential Summit in Washington in 2014, mentioned Adepeju and her work and in 2015 he hosted her at the White House.

Adepeju has also received many awards on account of her work including the Commonwealth Point of Light Awards.

She gave a TEDx talk in 2017 and has also spoken at a number of local and international events, inspiring many African youths to action.

In a country like Nigeria where maternal and child health is faced with many challenges like scepticism of modern birthing techniques and the dearth of health care facilities, especially in rural areas,  Brown Button Foundation have managed to bridge the gap by addressing some of these challenges from its angle. Meanwhile, Adepeju looks to a future when their work will no longer be needed as a result of better and advanced measures put in place to help save the lives of mothers and infants in Nigeria.

Amazons like Adepeju Jaiyeoba deserves continued commendation for taking responsibility for the lives of others and their safety. I choose to celebrate this iconic woman for being an inspiration to many.