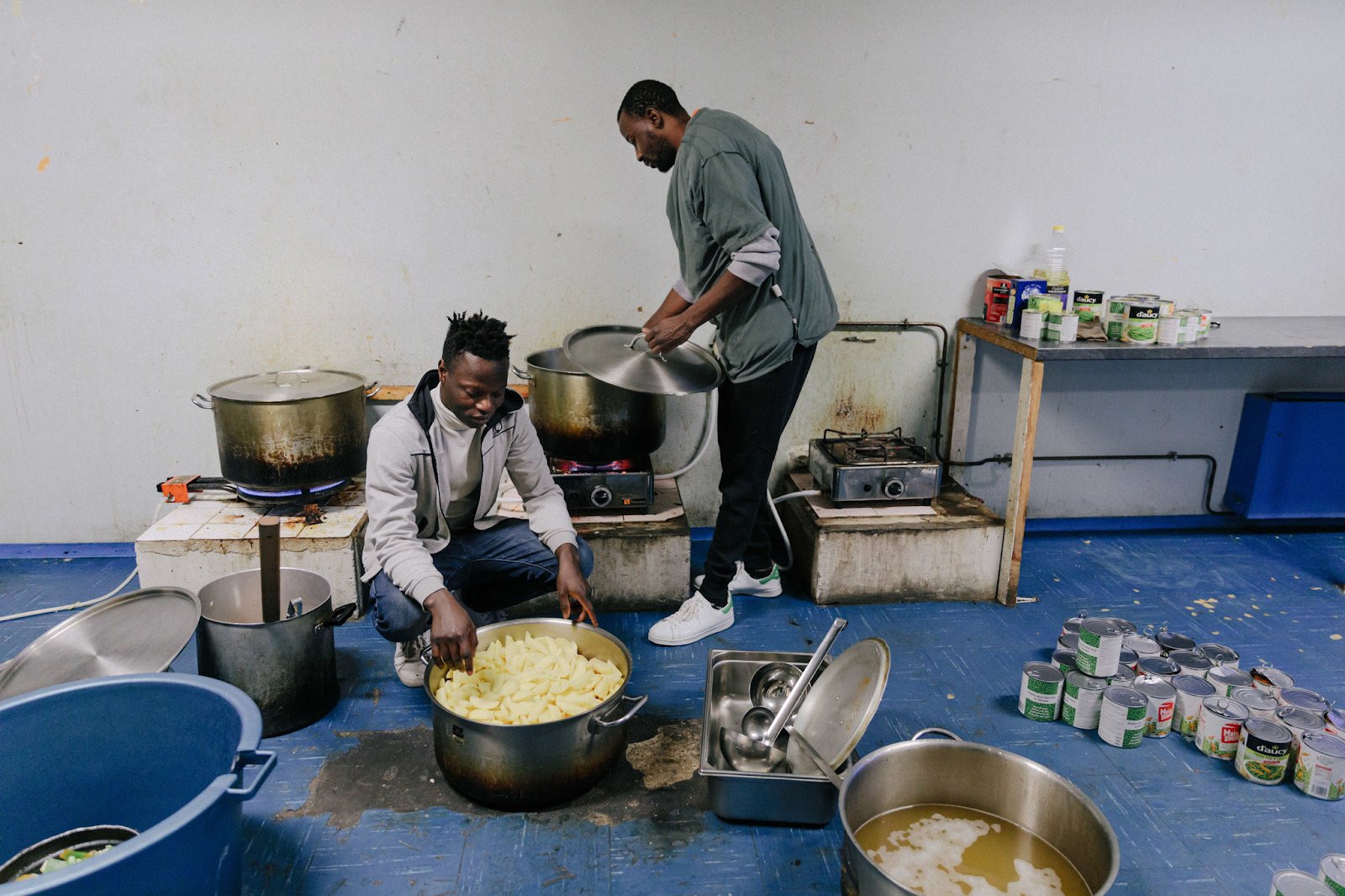 A report from Deutesche Welle reveals that African entrepreneurs are the hardest hit by the COVID-19 crisis in Germany.

According to the report, Africans who own stores and hairdressers or produce music in Germany also makes for a vibrant subculture, as the country now faces the COVID-19, the outlook is bleak for the Afro-German business community.

On any normal day at the market on Winterfeldplatz in Berlin, customers will flock to Jaspa Anchang’s food truck. The 44-year-old Cameroonian sells barbecue chicken, yam and fried plantains at the open-air market.

But despite a clear blue sky and sunshine, weather that usually lures Germans outdoors, the market is deserted. Among the few shoppers, hardly anyone is interested in his food.

“Most of my customers come from the offices nearby. But they’re all closed, people work from home. There are hardly any walk-in customers,” Anchang tells DW.

Due to the lockdown measures to curb the spread of COVID-19, many shops have had to shut down. But for Anchang, that is not an option. He shows up every market day hoping to sell more yam or chicken.

“I have to pay my bills. Maybe I have to give up my business. But in the current situation, there are no vacancies to apply for and I don’t want to be on the government’s pocket,” he says.

The beginning of the end for Afro shops?

Many self-employed Africans living in Germany feel the same. Their usual customers choose to stay away, afraid of contracting the coronavirus. Barbershops have been ordered to close due to their high risk of transmission and restaurants can only offer food as take-aways.

According to the German Chamber of Commerce and Industry, over 90% of all companies in Germany are already feeling negative effects. Every fifth company is at risk of going bankrupt.

The many African restaurants, hairdressers and Afro shops have been especially hit hard. “How am I supposed to pay my rent and my employees if this continues?” the owner of an African restaurant says on the phone, refusing to be named. “In this situation, I still cannot think clearly.”

Berlin’s inner city, such as the Gendarmenmarkt seen here, is normally bustling with people

Online courses against the crisis

Musician Ayo Nelson-Homiah is yet to fully feel the pinch of the virus. But the outbreak has so far turned his life upside down. “Actually, I should have been coming back from Paris today,” the Gambian tells DW. He makes a living with music workshops, teaching children in Berlin and across Europe how to play African drums and balafons.

“Now all workshops have been canceled because the schools are closed. Corona has paralyzed everything,” Nelson-Homiah says.

But giving up is not his thing. The 61-year-old is working on an online course so that students can follow his workshops from home. After all, he has to make some money in the crisis: “I will make ends meet for a few more weeks,” he says.

Like him, all self-employed entrepreneurs could deplete their savings if the outbreak and lockdown measures continue longer.

Kalonji Tshaba’s life has been turned upside down by the pandemic too. Forty years ago he came to Berlin with his parents from the Democratic Republic of the Congo. Now he runs nji-Music Box, a rehearsal and recording studio for musicians, in one of Berlin’s prime locations.

Before the coronavirus crisis, his studios would normally be very busy from noon onwards. Musicians would be practicing in the narrow rehearsal rooms or recording their songs in the studio, and children would be learning to play the guitar or drums.

Instead, Tshaba’s studio is dark, quiet and empty after it was ordered to close. He has been trying to keep his business running from home for days. “At first, every day felt like a Sunday,” he says with a laugh. But now push has come to shove: “Of course, we have fixed costs due to the rehearsal rooms. If the customers don’t come, we have to bridge this time somehow”.

Tshaba hopes for government aid: “The opportunities that are made available to us are excellent. I know many artists from Africa and you can only be happy if you live here.”

Jaspa Anchang is also hoping for state aid so his food truck can survive the crisis. Small and medium-sized companies in Berlin can get up to €15,000 ( $16,320) from the federal and state governments.

But the rush is huge, so a large part of the applications could not be processed. Some entrepreneurs are even afraid that there is not enough money for everyone.

However, Anchang still hopes: “With the help of the state, I could keep my business alive. I hope so because I want to be able to continue making a living even after the crisis.”

Harrison Mwilima contributed to this report.