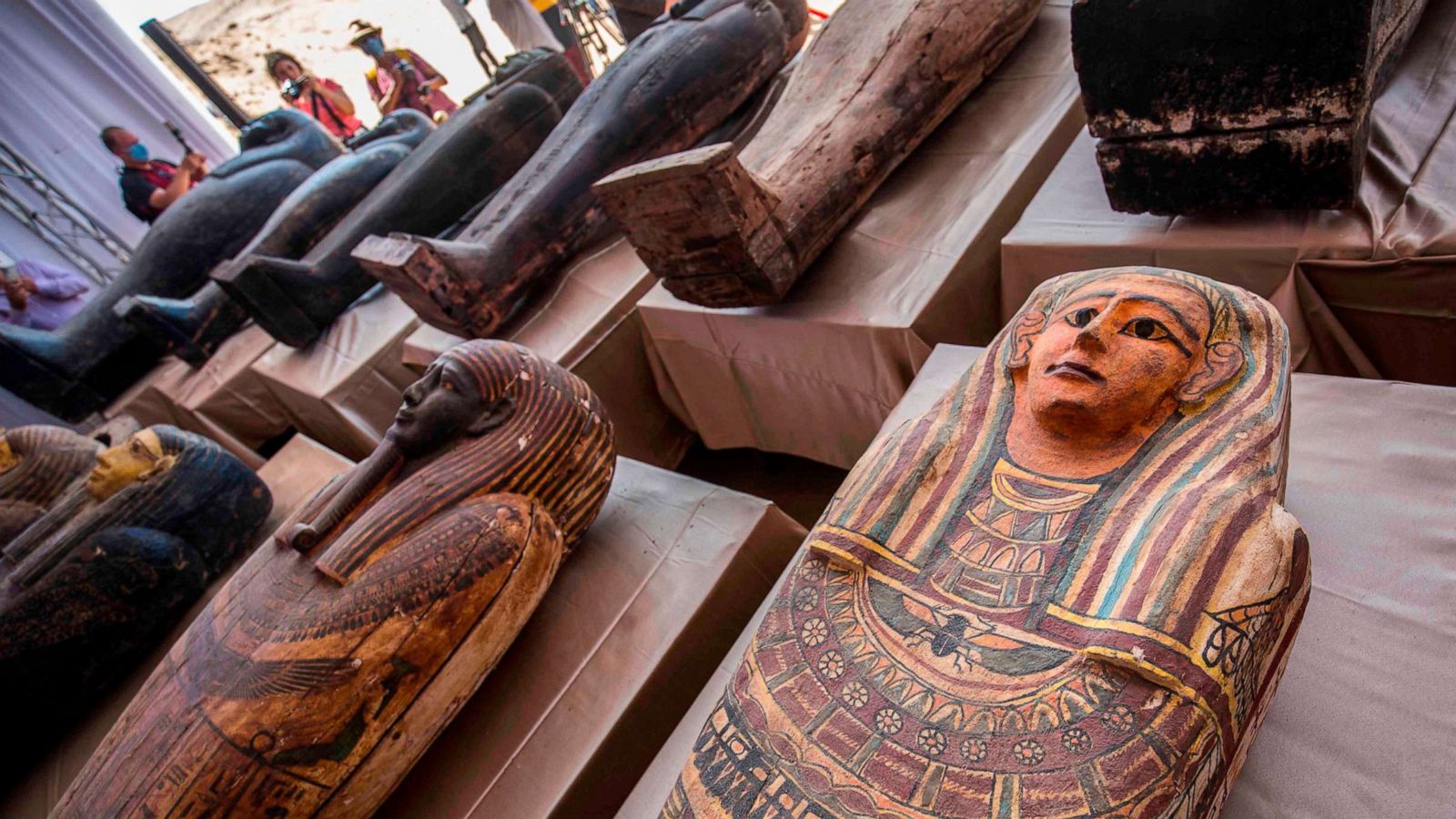 The Egyptian authorities unveiled Over 100 sealed and intact mummies along with 40 other status of deities, gilded mosques, and ornate sarcophagi on Saturday. The unveiling was held under a huge white canopy tent facing Egypt’s oldest pyramid.

The Egyptian mission had been excavating the vast necropolis south of the country’s capital Cairo for over three years. The unveiled antiquities were a product of their efforts.

The coffins belonged to “very rich, elite, high ranked people,” Mostafa Waziri, the general director of Egypt’s Supreme Council of Antiquities noted, as they were displayed for the first time in front of the towering and triangular Step Pyramid.

Waziri was speaking before a live scan of one of the mummies showed it was a male, probably aged between 40 and 45, with teeth in perfect condition.

Likely from the Ptolemaic period, the mummy must have been very wealthy, as his arms were crossed over his chest, a repose that symbolizes royalty. Although, Waziri noted that he was not a king.

“It gives me such a great feeling,” Waziri said. “We still have a lot to reveal.”

The artefacts will be shared between four museums in Egypt, including the new Grand Egyptian Museum, set to open next year.

Egypt’s Minister of Tourism and Culture, Khaled Al Anany, added that “more than 40 artefacts” had been found, including funerary masks, figurines, and statues, the majority of them gilded.

He said that work would continue at the site, and he thought another “promising discovery” would be announced soon.