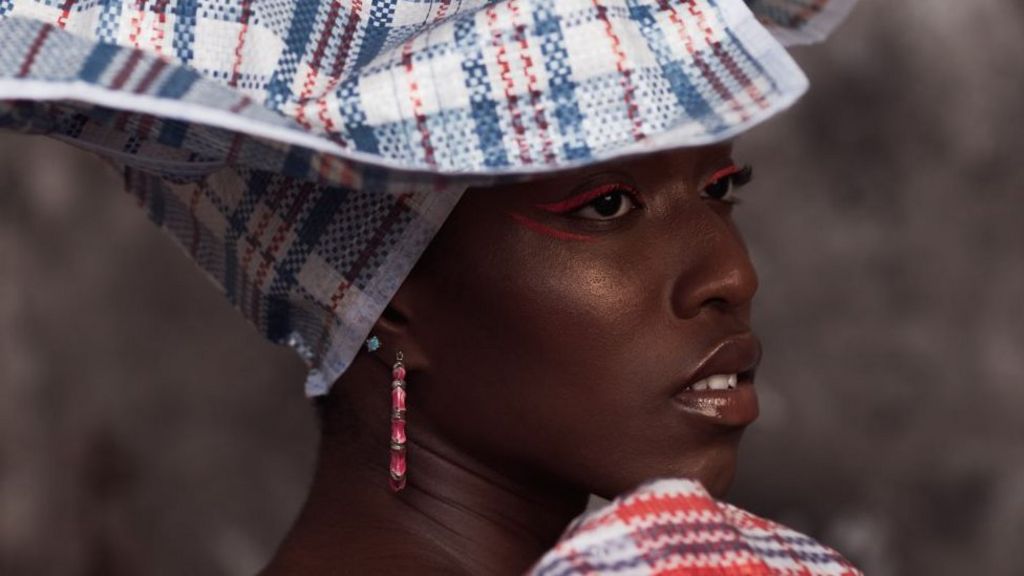 The iconic plastic bag is recognized around the world in either its blue-white or red-white varieties. This bag which was once nameless in West Africa has long been especially popular in markets across the region.

However, the bag took the name Ghana Must Go in the 1980s. When hundreds of thousands of undocumented immigrants, most of them Ghanaians, hurriedly stuffed their belongings into the bag after being given short notice to leave Nigeria.

Easily foldable to fit inside the pocket and with an uncanny ability to manufacture an extra inch of space for one more item, the bag was favoured by the desperately departing Ghanaians.

Since then, no-one has asked to be given “that woven matted bag” at the market, they just ask for a Ghana Must Go – a phrase that is also used in Ghana, despite the painful memories it stirs for some.

“I remember questioning my parents and other older relatives about the origin of the bags as I found it to have an interesting name,” said Obioma, who is based in New York.

In Anyi N’Aga (Igbo for We Are Going), he reflects on how the bags have transcended their courier status and are used as a personified symbol of migration – “being used to carry not just belongings but also culture, heritage and memories”, he said.

Teaming up with Chioma Obiegbu, a Nigerian visual artist and designer also based in New York and fashion stylist Wuraola Oladapo, they create pieces which Obioma describes as a fusion of both western and African designs.

“In some of the two-piece designs, the top is heavily influenced by western fashion aesthetics while the skirt was designed to mirror a West African wrapper.

“There’s also a gentle [headpiece] which is traditionally identified as an African fashion statement,” he said.

“The bags connote migration not as a word to describe travel but as an actual living thing – with each border crossed – [a migrant] takes something new and leaves something behind,” Obioma said.

Born in Nigeria, he was first introduced to photography by his enthusiast father who took pictures at family outings and birthdays.