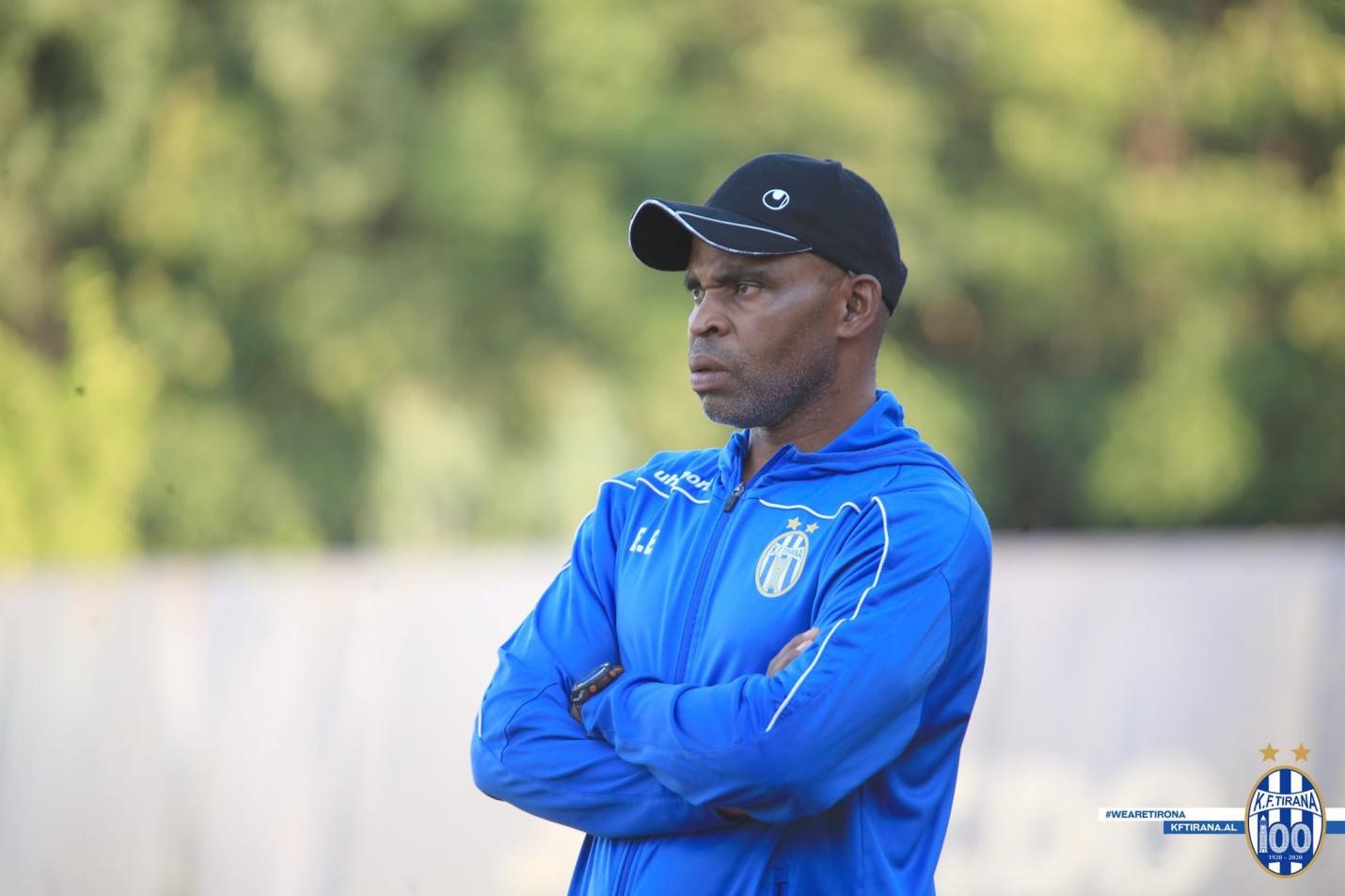 The first African coach to take a team to the European Champions League, Ndubisi Egbo of Albanian side KF Tirana, has spoken of the racial abuse he received this season on his way to making history.

KF Tirana was last weekend confirmed as winners of the Kategoria Superiore, the top tier of Albanian men’s football

His achievement was even more remarkable given that he only took over partway through the season, with the team threatened with relegation.

But the former Super Eagles keeper, who is a duel Nigerian-Albanian national, said that there had been a lot of racial abuse directed towards him.

“There are people who don’t want me to win because of my colour,” the 47-year-old told BBC Sport.

“There is racism. One game they threw a banana at me. They spat at me.

“The officials of the Albanian FA did not do anything, because it was an away game and they had a white set of fans.

“The police and security were there – and nobody did anything. They were afraid of the fans there. I couldn’t do anything. I just had to accept it.”

Egbo explained that he sometimes hears things said about him in Albanian because people do not think he will understand.

One time when getting on a bus in the city with a backpack, two men behind said in Albanian: “this one might be from Al Qaeda.”

“I said to them, ‘have you finished’?” he replied in his fluent Albanian.

“They wanted the ground to open up for them to disappear.”

Egbo, who had previously been a caretaker coach at the club, having joined them as goalkeeper coach in 2014, took over properly following the sacking of the previous manager in late 2019, with Tirana eighth in the 10-team division.

“We were going to have to play off for the relegation zone,” he said.

“We were more than 15 points away from the team in the first place. But out of 23 games, we won 20. You can’t imagine how difficult it was for us.”

He said that he had been contacted by many African and black coaches since his historic feats last weekend.

“My fellow Africans said, ‘you don’t know what you’ve done for us by winning this championship’,” he said.

“It is just like when Obama won the Presidency in America. That’s exactly how it is seen here.”

But he added that, while he was happy to “break the jinx” around African coaches, there were massive changes that were needed with attitudes.

He said he had particularly noticed a difference in what happens to players’ careers in England once they retire, depending on whether they are black or white.

“If you look at the English Premier League, you rarely see any dark-skinned coaches there,” he pointed out.

“You have to go into the National League before you see that.

“It is just like what Black Lives Matter is doing, but it the football circles, to give opportunities to those who deserve them.”

KF Tirana will begin their European Champions League campaign in the first qualifying round and will have to win four ties if they are to play with the top clubs in the group stages.