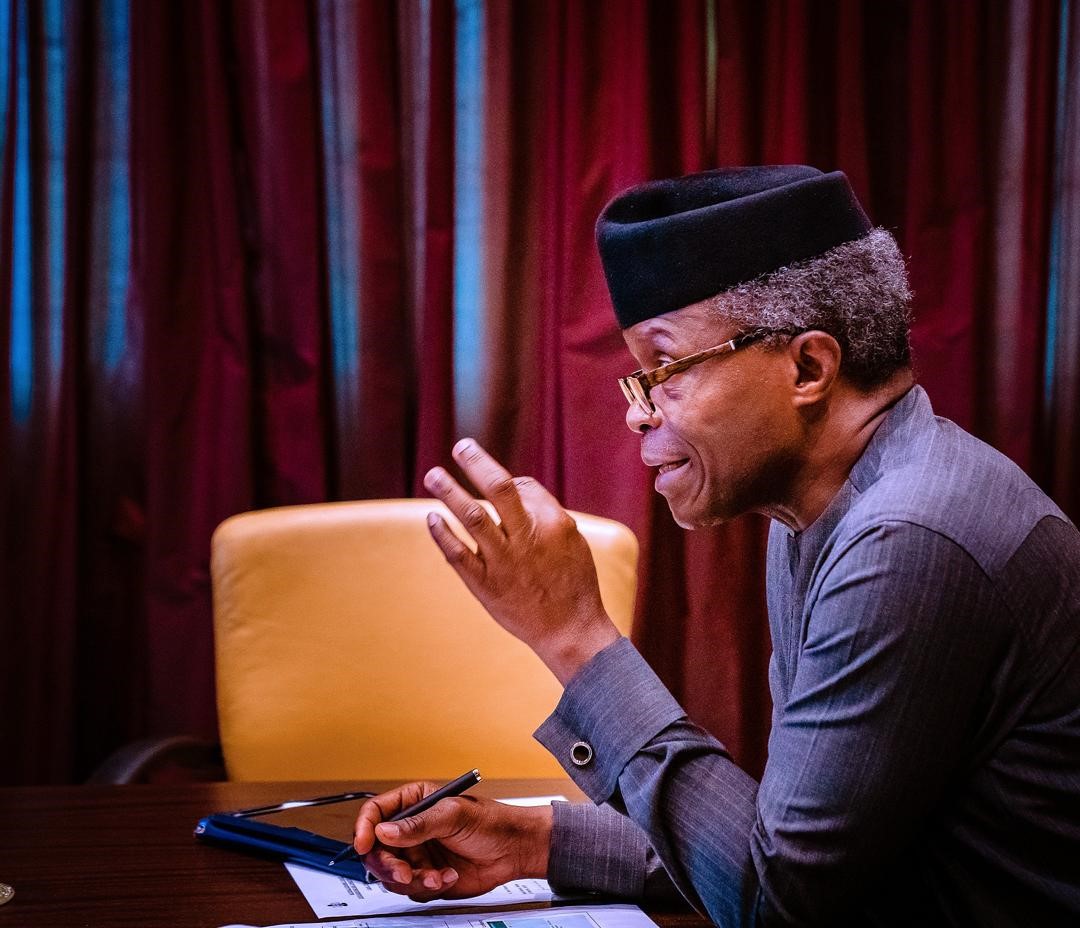 The federal government of Nigeria will hold talks with the country’s Central Bank (CBN) in the hope of restructuring business loans as part of the grand plan aimed at easing the weight of the coronavirus crisis on the economy, Vice President Yemi Osinbajo said on Sunday.

A statement by his spokesman, Laolu Akande, titled: FG Will Use Part of N2.3 Trillion Stimulus as Buyer of Last Resort – VP Osinbajo said the vice president made the declaration at the virtual edition of the 2020 presidential policy dialogue of the Lagos Chamber of Commerce and Industry.

“Working with the central bank, we try to ensure that we are able to put in place a system whereby many businesses that have taken loans will be able to restructure those loans.

“This is an ongoing conversation, and we intend to keep the banks reassured that allowing generous restructuring programmes will be supported by the central bank and that the central bank will not throw them under the bus,” Mr Osinbajo said.

Government’s reaction to the economic downturn induced by the pandemic, according to him, is to basically keep recession at bay and boost job security.

“We are hoping to do by a mixture of stimulus measures to support local businesses; the essence being to retain jobs and to ensure that we create the best possible circumstances for the most vulnerable in society.”

The Nigerian government had introduced its Economic Sustainability Plan with a N2.3 trillion stimulus, about 1.5 per cent of the country’s gross domestic product, to bolster various economic sectors against hard times.

Osinbajo said the government expected the economy to slow by 0.59 per cent this year.