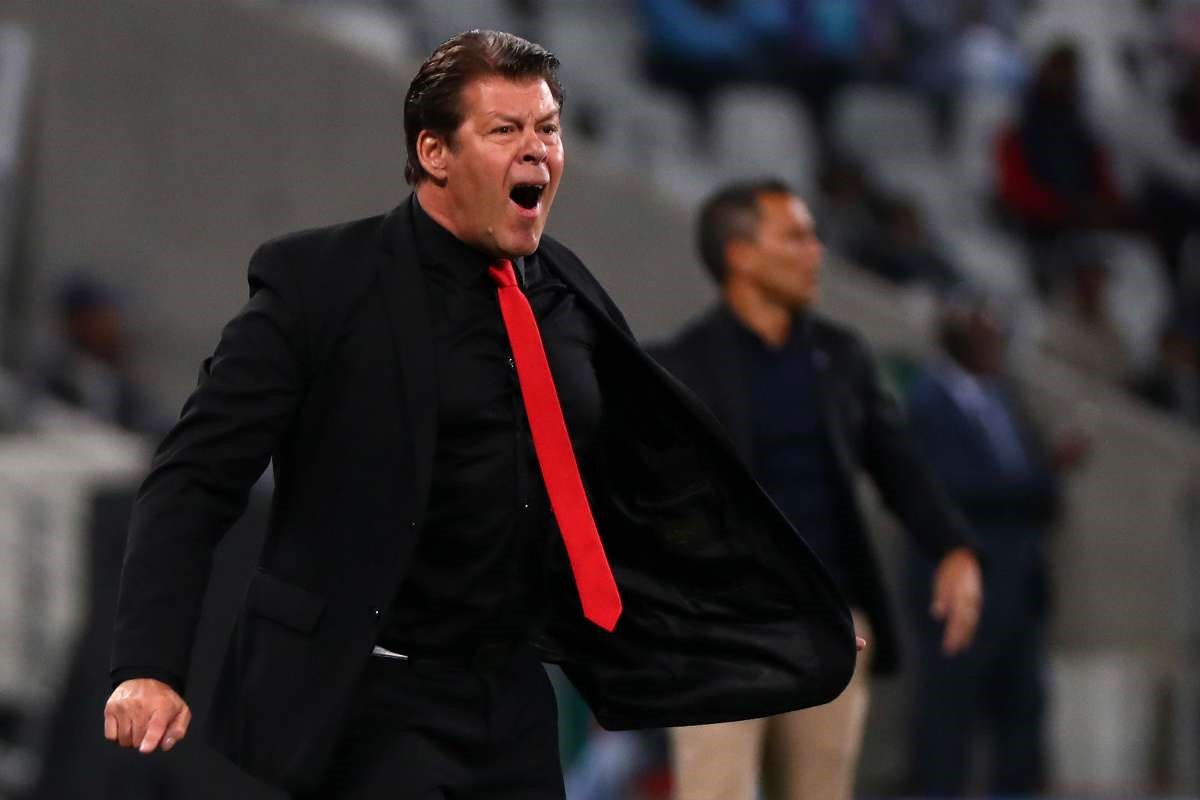 In a widely circulated recording, the 60-year-old is heard calling Tanzanian fans dogs and comparing them to chanting monkeys.

He was talking after some supporters in the stadium showed displeasure to changes he made during last Wednesday’s 1-1 draw against Mtibwa Sugar.

The club announced his sacking on Monday as Eymael denied his comments were aimed at Yanga supporters.

“I was provoked by a fan from our rivals Simba, and I apologised on Friday for my comments,” he told BBC Sport Africa.

Eymael’s rant also complained about the state of the pitches in Tanzania, the officiating in the league and also the administration at Yanga for not fulfilling its promises to him.

He also begged to be allowed to leave the club, but instead, he has now been sacked shortly after the final match of the season.

“Because of such derogatory and unsporting comments, the management of Yanga has decided to sack coach Luc Eymael as from today 27 July 2020,” the statement said.

However, Eymael insisted he was not aware of his dismissal.

“I have not received any official letter from the management regarding the alleged sacking, I can’t say anything about it until I discuss with my lawyers,” he said.

The Belgian questioned why the club had to wait until after Sunday’s final game of the season before making the announcement.

Yanga’s press officer Hassan Bumbuli explained the club only became aware of the recording on Friday while on the way to Iringa, south of the country, for their final match of the season.

The Tanzania Football Association (TFF) has also waded into the matter, saying it will take disciplinary action against Eymael and initiate legal proceedings against him for what it sees as racist remarks towards the country’s football fans.

Eymael has a lot of experience working on the continent, Yanga was his 12th club in Africa, after stints in DR Congo, Gabon, Algeria, Kenya, Rwanda, Tunisia, Sudan, Egypt and three times in South Africa.