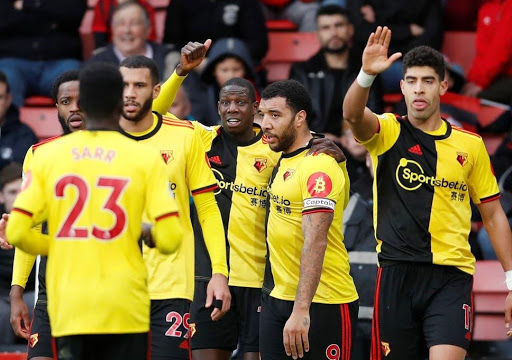 Watford Football Club, an English professional football club in Watford, Hertfordshire, now has three confirmed cases of one player and two staff that tested positive to the coronavirus test making a total of six positive confirmed cases across the Premier League.

Premier League players and staff recently underwent coronavirus testing at their bases before returning to training, and six positive cases were revealed (0.8 per cent) from a total of 748 tests.

As such, several of the Watford FC club players including the club’s captain, Troy Deeney is refusing to report for training.

According to Deeney, he said he would not be reporting for training on Tuesday as he did not feel safe to return amid concerns for his son’s health, who has had breathing difficulties and over the increased risk of catching the virus to BAME males.

According to The Athletic, more players have now joined Deeney’s stance after they were informed on Tuesday evening that one unnamed player and two members of staff at the club were diagnosed with the virus.

Those who have been infected are reported to be doing well and will now spend the next seven days in self-isolation as per government guidelines before being tested again at a later date.

Watford, who are thought to believe that the Premier League’s decision to return to training has been rushed, are following all the protocols and will continue to proceed with training despite more players voicing worries about their safety.

Deeney revealed earlier this week that he would not return to training after blasting the Premier League’s Project Restart plans, having insisted that players have not had answers to many ‘simple questions’.

Speaking about his concerns to Eddie Hearn and Tony Bellew on the Talk YouTube show, he said: “We’re due back in this week, I’ve said I’m not going in.

‘It only takes one person to get infected within the group, and I don’t want to be bringing that home.

‘My son is only five months old, he had breathing difficulties, so I don’t want to come home to put him in more danger.”

He added: “For black, Asian and mixed ethnicities, they are four times more likely to get the illness. They’re twice as likely to have long-lasting illnesses — is there anything extra, additional screening, heart stuff to see if people have got problems with that? No. OK, well I feel that should be addressed.

“I can’t get a haircut until mid-July, but I can go and get in a box with 19 people and go and jump for a header, and nobody could answer the questions, not because they didn’t want to, just because they don’t know the information.

“So I said if you don’t know the information, why would I put myself at risk?”

This came after the club’s manager Nigel Pearson last week admitted that he was against a return.

“God forbid we have a fatality,” he told The Times. ‘People are closing their eyes to the threat.

‘Yes, we would like to restart it, but it’s got to be safe. We should be cautious. To ignore possibilities is foolhardy. It’s about safeguarding people’s health.’

Apple redesigning the iPhone to have flat sides and smaller notch