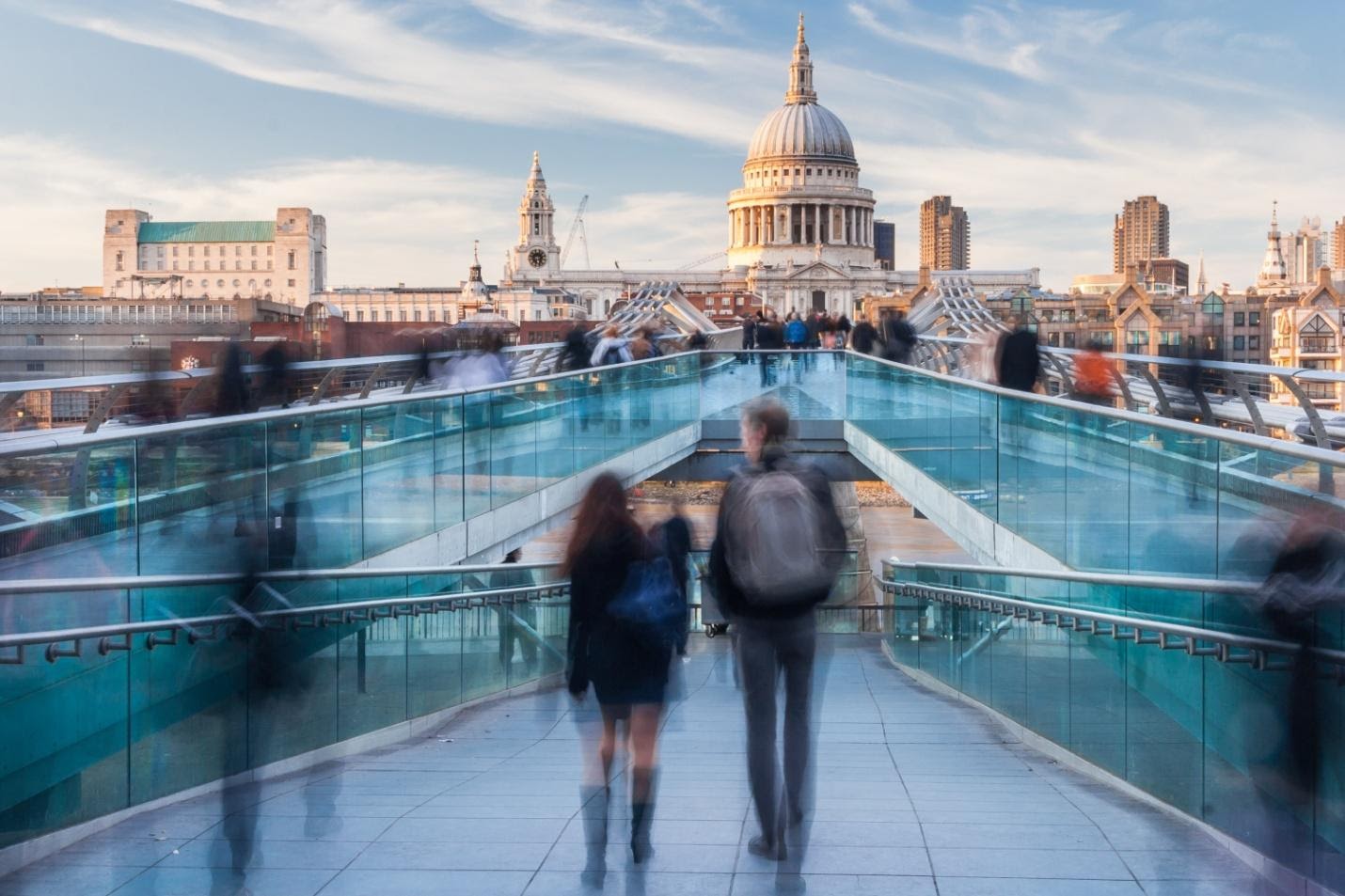 UK government ministers say that summer holidays for 2020 are cancelled as a result of the coronavirus pandemic, but without giving any indication of why they reach that conclusion – nor when British travellers will be given any further certainty.

Meanwhile, Europe’s biggest budget airline and largest holiday company say they are restarting in late June. Ryanair and Tui will send holidaymakers away in very significant numbers by July. So what is going on? I have been scanning the horizon for clues.

When can I go on holiday in the UK?

Not yet. While people in England can go to tourist locations, such as beaches and national parks, they cannot stay overnight for holiday purposes.

The consensus among English tourism providers is that distance-limited leisure trips will be permitted in the first half of June, with the prospect that many people will be able to enjoy an approximation to a normal summer holiday in July and August – subject to a range of social-distancing rules and other precautions.

The chief executive of Center Parcs this morning announced that all its villages in England will remain closed until 11 June.

Martin Dalby said: “We recognise the importance of treading cautiously away from lockdown in order to control the pandemic, and we know that the closure period may well extend further.”

Even if you can travel in June, the experience is likely to be very different – with many amenities closed.

The UK government – but not the national lawmakers in Scotland, Wales and Northern Ireland – has indicated that leisure businesses may be able to start up early in July.

Scotland, Wales and Northern Ireland may adopt a slower approach, with island destinations potentially delaying the restart of tourism still further. Visit Scotland currently says: “We must ask everyone at this time not to travel to or around Scotland”.

I stress these are all assumptions and at present nothing is certain. A spike in cases of infection of Covid-19 could change the landscape and delay the timings substantially.

Should I book a holiday now for the summer in the UK?

By all means, but be aware of the cancellation/refund conditions. In normal times, if government action prevents you from taking advantage of a promised service, you would in many circumstances be able to claim a full refund from the provider.

But some accommodation hosts are instead saying to people booking since the coronavirus pandemic began: “If you have to cancel because you can’t get here, then we will offer you the chance to postpone to next year. But you are not entitled to a cash refund.”

It is, of course, up to you to decide whether or not to agree to such a condition. But as the lockdown loosens, demand may surge and availability is likely to reduce – especially while there is such uncertainty about travel abroad.

Will I be able to take a holiday abroad this summer?

That depends on affirmative answers to these five tests, which themselves require official decisions to be made.

1 Can I reach the airport, seaport or international rail station? Present lockdown rules make reaching Manchester airport, Portsmouth ferry port or London St Pancras station impossible for a non-essential journey. The governments of the four UK nations would need to allow the freedom to reach a transport terminus.

2 Has the Foreign Office warning against overseas travel been lifted? The present official line advises British nationals against all but essential international travel. It applies indefinitely.

No overseas leisure journey can be contemplated while it prevails, not least because to do so would invalidate travel insurance.

On ITV’s This Morning on Tuesday, the health secretary Matt Hancock said summer holidays abroad could be cancelled and added: “We haven’t made a final decision on that yet.” That suggests there is an active discussion between the Department of Health and Foreign Office about putting a date on the “no-go” warning – for example until the end of August. That would at least provide some certainty.

3 Is there a flight, ferry or train to my destination? The range of transport opportunities we enjoyed before lockdown began has shrunk to a tiny fraction of normal times, but Wizz Air has already resumed flying a network of services from Luton, and Ryanair, Tui and Jet2 are getting ready to restart in the second half of June.

Ferries and Eurotunnel shuttles are running from the UK to France on a much-reduced schedule.

4 Will the destination admit me? A critical question. Spain brings in quarantine for overseas visitors on Friday. Many countries around the world have some combination of flight bans and restrictions for people from certain countries or those with a recent travel history to nations with a high incidence of Covid-19. The UK is likely to feature prominently on any such list.

5 Can I tolerate quarantine rules on my return to the UK? The transport secretary said the government will introduce a quarantine scheme at the end of the month. It will presume that everyone arriving in the UK has coronavirus until 14 days at home proves otherwise.

The appeal of a weekend away or a week on the beach will dwindle to zero if two weeks at home is required afterwards.

But there is a large potential loophole in the shape of France. Downing Street says that the prime minister and the French president have agreed to a kind of “non-aggression pact” which could mean no quarantine.

For some returning travellers who feel quarantine is not for them, it would be a straightforward matter to route via Paris.

Should I continue paying instalments on a planned holiday even though it looks unlikely to go ahead?

Ask the company if you can defer the payments until the government has actually set out its plans. The less cash you hand over, the less might need to be refunded. But if the firm says no, or you just can’t get through on the phone, then keep paying if you can afford to do so.

There is a significant possibility that your trip will go ahead as normal, in which case you should have a happy and safe holiday.

Cabinet ministers’ media comments are not law, but there is some likelihood that the trip will be cancelled. If that happens, and you have booked a package holiday, you are due a full refund of the whole cost of the trip. It may sound counter-intuitive to pay out more money to guarantee either a holiday or your money back, but that is the way the system works.

If the travel company should fail, then the full cost of the holiday would be refunded under the Atol scheme.

Deciding not to pay the balance would mean that you lose the deposit.

I want to travel through Europe. Will that be difficult?

Not if the European Commission persuades governments to abide by its request to open borders in time for holidays to happen from late June onwards.

Tourism is crucial for southern European countries. The industry accounts for about one-10th of the EU’s economic output and employs almost 12 per cent of the total workforce.

Already, Germany is to open some of its borders – including Austria and Luxembourg imminently. The nation at the heart of western Europe will open all its frontiers by 15 June. Other countries are likely to follow suit.

Travel by rail could be problematic, depending on social-distancing measures. A road trip should present few problems.

But bear in mind the speed with which barriers went up at the start of the coronavirus pandemic; if the second wave of infection was to flare up in one or more nations there could be a repeat.

What about travel insurance?

Insurance is irrelevant if the holiday company cancels because the travel firm must provide a refund. Nor is it relevant if you decide to cancel – unless it’s because you’re in a risk group and have paid a higher premium accordingly.

While many insurers have “paused” travel cover, there are still providers of new policies around. Many are excluding cover for Covid-19 related cancellations, but may still cover coronavirus hospitalisation abroad.

For visits within the European Union, the EHIC scheme is still in operation for British travellers to the end of the year and will provide medical cover.

What would the effect of a holiday ban abroad have on UK tourism?

Were the many millions of British tourists who normally travel abroad each summer were all to holiday at home, there will be an expensive and uncomfortable squeeze on the coast and in the countryside.

Malcolm Bell, chief executive of Visit Cornwall, warns space in the county is at a premium. He told me: “Many businesses already have between 50 and 85 per cent bookings for large parts of July and August, so there will be limited capacity to fill.

“We will need to keep capacity at a level that is safe for guests, safe for staff and safe for local communities. So it may be that many who might want to book a stay in Cornwall this summer might have to wait until September.”

With leisure travellers instructed not to travel by train, many rail passengers will instead switch to cars, adding to the pressure on the roads.

Edmund King, president of the AA, warned me: “Every day in the summer after lockdown has the potential to be like a congested bank holiday on the roads.

“We all know the tailbacks experienced on the A303, M5 to the southwest, roads to the Lake District and coast on a bank holiday. This could become the new normal.”