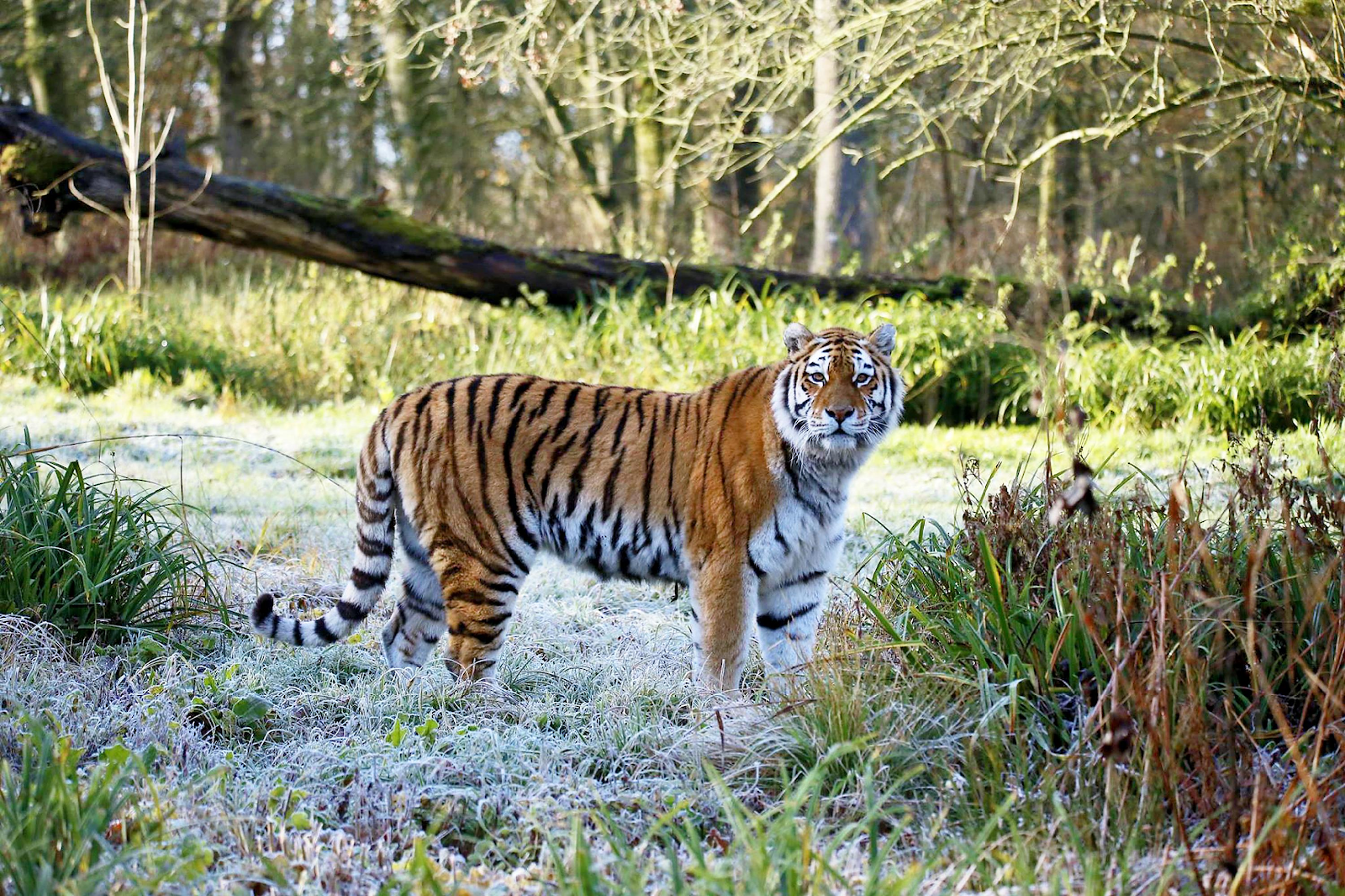 Nationwide shortages of coronavirus tests and related supplies have left some of America’s most vulnerable populations at risk and flying blind in the face of this pandemic, and it’s led to some serious side-eye whenever reports come in that yet another rich and/or powerful so-and-so was able to secure a test. So, when news broke last weekend that a tiger at a zoo in New York—the outbreak’s epicenter—tested positive for COVID-19, suffice it to say we all had some questions. Well, I at least had some questions, starting with “How the hell did that happen?”

A Wired report released Sunday has helped to demystify North America’s first case of an animal contracting the virus. It reveals two important pieces of context: Nadia, the Bronx Zoo tiger that tested positive, was diagnosed with a different test than the one meant for humans, and her case study could help the scientific community better understand COVID-19, the respiratory illness caused by the novel coronavirus.

According to the report, several big cats at the Bronx Zoo started showing signs of illness at the end of March, two Amur tigers, three African lions, and two Malayan tigers—Nadia and her sister and exhibit cohabitant, Azul. Veterinary diagnosticians ran Nadia, one of the worst cases, through a bevy of tests to check for “normal domestic cat infectious diseases,” Bronx Zoo veterinarian Paul Calle told Wired, as there wasn’t yet evidence that a tiger could even contract the virus. Given the large number of COVID-19 cases in the city, though, the team ultimately decided to screen for it as well.

“We used a similar molecular test as the human test,” Leyi Wang, the University of Illinois veterinary virologist whose lab created the test used on the tiger’s samples, told Wired. Several veterinary diagnostic labs nationwide have been performing similar research that, as in human COVID-19 testing, relies on a process called reverse transcriptase-polymerase chain reaction (RT-PCR) to compare a sample’s genetic sequences with the virus’s own.

Nadia tested positive three times based on samples zoo staff collected from her nose, throat, and trachea, Wired reports. Wang’s team used the same test on other animals as well, including a gorilla, a chimp, a cat, a dog, and an armadillo, but none tested positive. While the origins of COVID-19 remain unclear, several scientists have theorized that it originated in bats before jumping to humans, though there’s still a gap in knowledge regarding how much people are at risk of spreading the virus to other animals.

“Since the beginning, we’ve known that this is a disease that started off in animals and spilled over to people,” Casey Barton Behravesh, who is part of the Centers for Disease Control and Prevention’s National Center for Emerging and Zoonotic Infectious Diseases, told Wired. “It’ll be important for people working on human health and animal health issues to exchange information.”

It’s uncertain exactly how Nadia became infected, but the prevailing theory posits that a zookeeper might have accidentally passed it on to her. Preliminary reports and studies have shown that cats are susceptible to the virus, as are ferrets and some farm animals. But while there may be a slight risk of you spreading COVID-19 to your pet, you don’t have to worry about catching it from them, according to several experts Wired spoke to.

“There is absolutely no evidence whatsoever—worldwide, period, at all—that shows that cats can give the infection to people,” said Sam Sander, a wildlife veterinarian at the University of Illinois Veterinary Diagnostic Laboratory.

As a result of Nadia’s case, the New York City Health Department has opened an investigation to conduct contact-tracing and, hopefully, gain a better understanding of the novel coronavirus behind this pandemic.

“The Health Department will investigate,” Department of Health press secretary Patrick Gallahue told Wired. “Right now this appears to be a human-to-cat transmission, however, how that transmission occurred is something we still need to learn.”

Nigeria’s Internet Economy, Alongside Others in Africa to Reach $180Bn in 2025