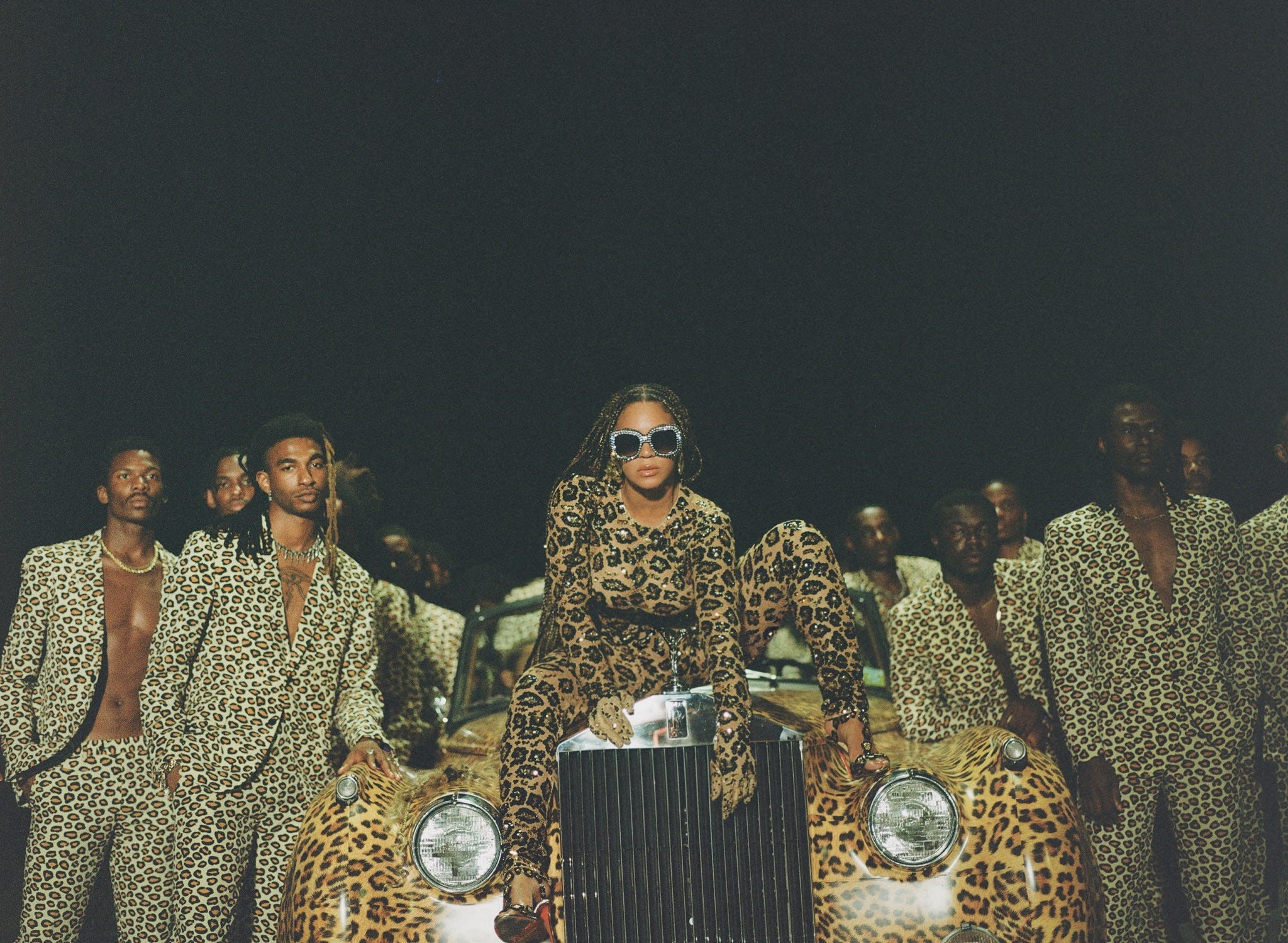 A short teaser trailer of a new visual album, “Black Is King,” was unveiled on Saturday night at beyonce.com. The trailer shows the superstar reading a well-worn copy of Robert Farris Thompson’s 1971 book “Black Gods and Kings.” In one visual, she smiles and cradles a baby in her arms by the water, while a basket sweeps by on a tide.

Late Sunday, the star released a longer trailer, just over a minute that is rich with detail.

It starts with the singer saying, “The journey is a gift” as the camera focuses in on a royal family.

“Who are you?” a man asks, with another answering, “OK, I’m not a king yet, but I feel like I’ve got potential for you. But I’m not there yet; I have to say.”

“The ancestors never left you,” Beyoncé says in another voice-over. “You can’t wear a crown with your head down.”

Beyoncé from her new visual album, “Black Is King,” inspired by last year’s “The Lion King,” is heading to Disney+ on July 31.

“We don’t know how to continue our lives right now,” @HCCasperLibero enthused. “We are counting down the days with excitement.”

“OMG my fave is the best in the world,” wrote @waterlemon.

The visual album “reimagines the lessons of ‘The Lion King’ for today’s young kings and queens in search of their own crowns,” says a news release from Disney and Parkwood Entertainment, noting that the cast and crew “represent diversity and connectivity.”

“The voyages of Black families, throughout time, are honoured in a tale about a young king’s transcendent journey through betrayal, love and self-identity. His ancestors help guide him toward his destiny, and with his father’s teachings and guidance from his childhood love, he earns the virtues needed to reclaim his home and throne.

“These timeless lessons are revealed and reflected through Black voices of today, now sitting in their own power.  … The film highlights the beauty of tradition and Black excellence.”

The new visual album follows closely on the heels of Beyoncé’s surprise Juneteenth track “Black Parade,” an anthem about Black Lives Matter protests after the death of George Floyd in police custody.

“Black Is King,” written, directed and executive produced by Beyoncé is based on the music of “The Lion King: The Gift,” the album she curated last year for release alongside Disney’s photorealistic movie.