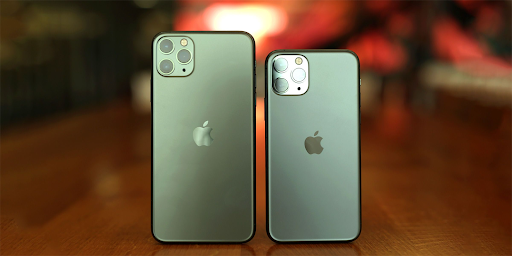 A new report by Bloomberg reveals Apple’s product roadmap for 2020, including the four new iPhones that have been widely rumored. According to Bloomberg’s report, there will be two iPhone Pro models with three cameras on the back and that they will feature the new iPad Pro’s LIDAR 3D-scanning system — it’s not clear whether that will take the place of one of the iPhone 11 Pro’s existing three cameras, though. It’s also unclear whether the boxy redesign will come to the two lower-end dual-camera models that are reportedly replacing the iPhone 11.

The report says that the largest iPhone Pro will have a “slightly larger” screen than the iPhone 11 Pro Max’s 6.5-inch panel and that the Face ID notch will “likely” be reduced in size. Kuo predicted last year that the Pro models would come in screen sizes of 5.4 inches and 6.7 inches.

Bloomberg also says to expect a smaller, cheaper HomePod speaker as early as this year, following up on its reporting from August. This new model is now said to have a similar design to the existing HomePod but comes in at around half the size. Apple is reportedly planning a second-quarter release.

Finally, Bloomberg also says to expect new versions of the MacBook Pro, Apple TV, iMac, and entry-model iPad, though it doesn’t give any details on what the refreshes might include. A 14-inch MacBook Pro with a scissor-switch keyboard has been predicted by Ming-chi Kuo’s analysis from last year.

Apple doesn’t expect the coronavirus pandemic to cause major delays, according to Bloomberg, though certain iPhone models could end up launching weeks later than usual. Engineers are reportedly heading to China to finalize work on the lineup next month ahead of mass production.

How Moms can relieve stress & anxiety by Temi Olajide