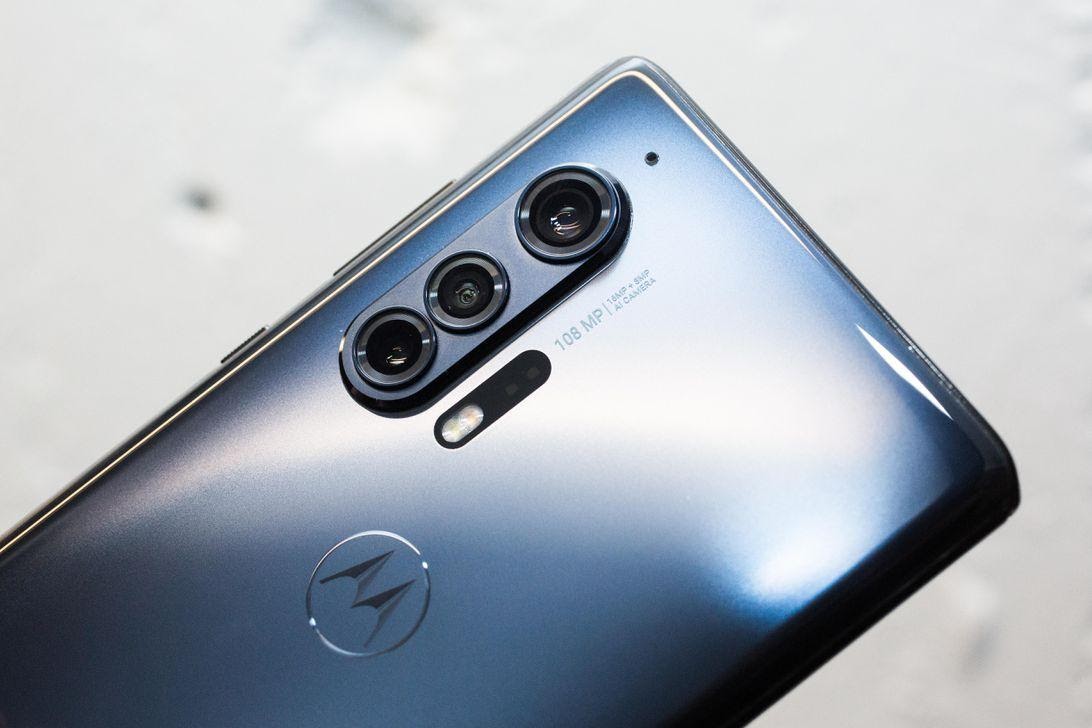 Motorola, a company, best known for its budget and mid-range phones, on Wednesday took an enormous step forward into the premium phone market and launched the Motorola Edge and Edge Plus. Both phones join the Motorola Razr as high-end offerings from the Chicago-based company. Whereas the Razr was criticized for its middle-of-the-road tech, the Edge and Edge Plus are brimming with cutting-edge specs that rival Samsung, OnePlus and Apple. It is as if Motorola went to the specs grocery store and emptied the shelves.

The Edge is meant as a slightly pared-down and less expensive option. Motorola hasn’t announced the price, but the more affordable phone will launch sometime this summer. Motorola is taking a similar approach to both phones as OnePlus did with its 8 and 8 Pro ($999 at OnePlus), although both Edge phones use the same size display.

The Motorola Edge Plus has 5G

We’ve seen a lot of phones with 5G launched this year, and the Edge was designed from the start to run on 5G. The Motorola Edge Plus supports both sub-6 and millimetre-wave up to 5 gigabits per second. Motorola claims its optimizations will result in the “fastest ever” 5G. We’ll have to test those claims.

The Edge Plus has a 108-megapixel rear camera

There are three rear cameras on the Motorola Edge Plus. The main camera has a 108-megapixel sensor which combines groups of four pixels to produce a 27-megapixel image. Motorola says that the sensor is almost three times larger than the 12-megapixel sensors used in other phones, which could help improve brightness and reduce image noise.

I’m excited to try out the Edge Plus camera system in more depth. But the few photos I took looked good on Edge Plus’ screen.

The Edge Plus can record 6K videos with 20-megapixel photo grabs during recording. Despite the Edge Plus having a Snapdragon 865 processor, which is capable of 8K recording, Motorola thought 6K better paired to the main camera sensor.

There’s also a video portrait mode, a special long exposure mode with a shutter speed of up to 32-seconds and Night Vision which stacks eight photos and combines them into a single shot that’s brighter, sharper and has more detail.

And then on the front, housed in the hole-punch display, is a 25-megapixel selfie camera.

The Motorola Edge Plus has a 90Hz waterfall display

The name Edge refers to the 6.7-inch “endless edge” display that wraps around the sides of the phone. While it’s not the first phone to have a waterfall display, it is absolutely stunning in-person. The Edge can light up different colors to show your battery charging, alarms and notifications. There’s also a neat widget you can access for shortcuts. Motorola built-in grip and touch suppression to minimize any accidental screen touches.

If the edges are too much, you can go into Settings and select which apps use the edges and which don’t. When the edges are off, they turn black and the screen looks like a normal regular display. During my time with the phone, I didn’t see an “all or nothing” switch for turning the Edge on and off.

The edges get well-used in the new Moto Game time mode. You can set them up as shoulder buttons or reposition your on-screen buttons, so they’re in a better place for gameplay.

I’m not sure how helpful the Edge screen will be in daily use. It’s obviously reminiscent of Samsung Galaxy phones and their edge displays. But the gaming functionality pushes it toward gaming phones such as the Asus ROG Phone 2 and Black Shark 2 Pro but without the glowing logo.

Speaking of gaming phones, the Edge’s 21:9 ratio screen has a 90Hz variable refresh rate which makes animations look smoother, text and images more crisp and can make gaming (especially high-frame-rate games) more immersive. You can also choose to override the variable setting and lock it into 60Hz or 90Hz.