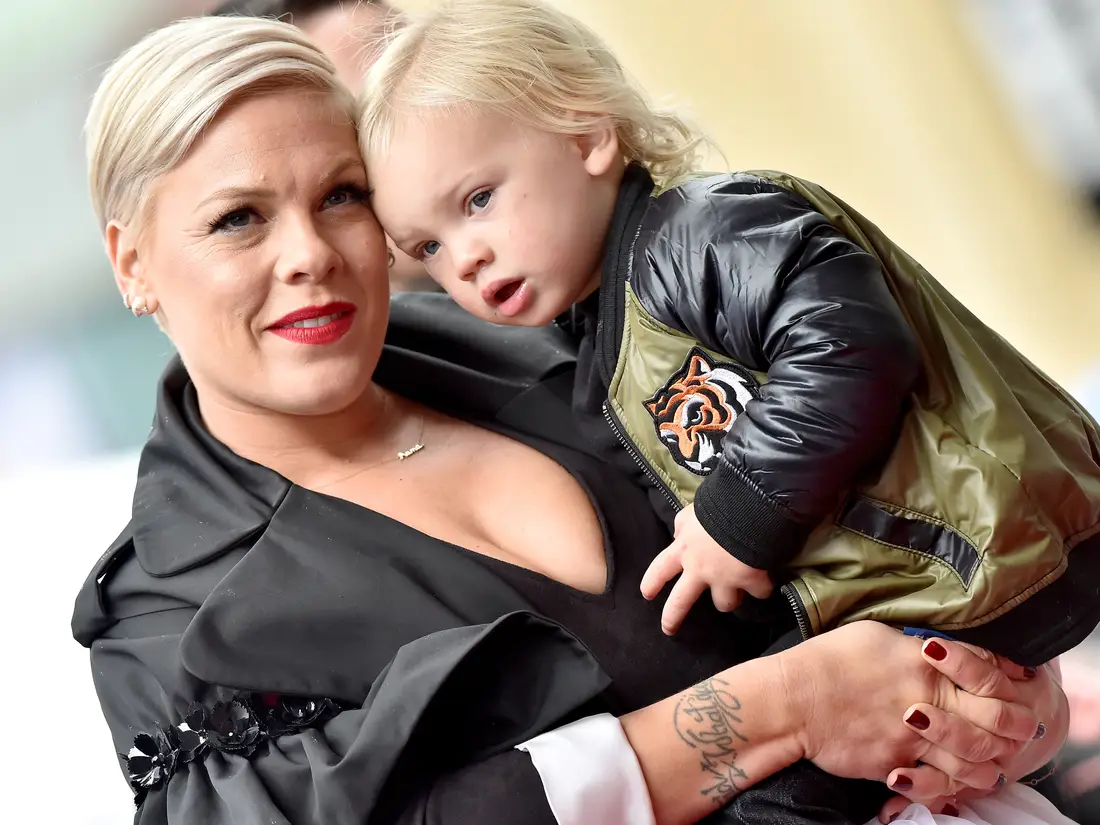 Pink has never “prayed” so much.  Whilst she and her young son Jameson battled coronavirus symptoms, she “cried and prayed” like never before.

The 40-year-old singer and her three-year-old son – whom she has with husband Carey Hart – are “feeling better” now but had been “really, really sick”, with her little boy suffering the most.

And the ‘Beautiful Trauma’ hitmaker – who tested positive – has revealed she turned to prayer most nights, whilst she warned people that children are “not safe” from the respiratory infection.

In an Instagram Live with her author friend Jen Pastiloff, she said:

“There were many nights when I’ve cried and I’ve never prayed more in my life.”

“It’s funny, but at one point, I thought they promised us our kids would be okay. It’s not guaranteed. There is no one that is safe from this.”

Pink – who also has eight-year-old Willow with Carey – added how she has kept note of Jameson’s symptoms and he is still suffering with a high temperature after three weeks, and added that her spouse and daughter are “perfectly fine”.

She continued: “Jameson has been really, really sick.

“I’ve kept a journal of his symptoms for the past three weeks and mine as well.

“He still, three weeks later, has a 100 temperature.

“It’s been a rollercoaster for both of us, but Carey and Willow have been perfectly fine.”

The ‘A Million Dreams’ hitmaker also suffers with asthma and was placed on nebulisers for the first time in many years. which was really “scary” for her, but she was more concerned with her son’s health.

She said: “We’re better than we were.

“Last week I was on Nebulisers.

“I’ve had asthma really bad, had it for my whole life.

“It got really, really scary, I’m not gonna lie. In the beginning, all we were hearing was ‘If you’re young, this is 65 and older, all of the kids are fine.’

“We live in the country, right.

“The worst thing that attacks us here is pollen or mountain lion.

“But he’s been really, really sick and it’s scary.

“He’s been up and down and I’ve been on nebulisers for the first time in 30 years and that’s been really scary for me.”

Pink has also joined many of her fellow celebrities in donating to those fighting on the frontline during the global health pandemic, with the ‘Just Give Me a Reason’ singer pledging $1 million. She stated she was donating $1 million – $500,000 each to the Temple University Hospital Emergency Fund and the City of Los Angeles Mayor’s Emergency COVID-19 Crisis Fund.